M’ITIK has been offering Polynesian tikis for over 20 years. Trust the quality.

The Polynesian used to sculpt small statues (the Tikis) from wood or stone, to ensure divine protection and to keep evil energies at a distance. Representations of gods or spirits, the Tikis of Polynesia are the mysterious witnesses of a forgotten past.

Sculpture is a major art in Polynesia, and the first tikis, craved in stone, are from 1400-1450. Originally from the Marquesas Islands, they can be found today in most of the Islands of the Polynesian Triangle, a region of the Pacific Ocean with different island groups at its corners: Hawaii (North), the Easter Island (East), Tahiti (West) and New Zealand (South West). 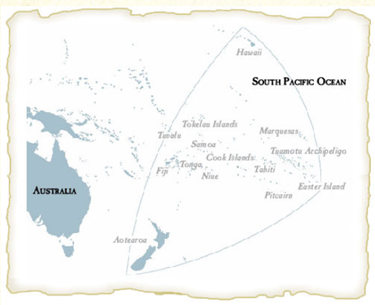 The Maori ancient cianvilization, which extended to all the Polynesian Triangle, has left tracks, vestiges, stories and traditions very well alive. In the Marquesas Islands, the tikis, protective statues, can be found on each and every island.
The tiki is believed to be the creator of Men, the heir of “manao” or “mana”, which means a magical power, an energy and a light that bring the universe and all the beings together. The Polynesian worshiped them and feared them. That statue is the representation of a modified human. It can represent only a head, or a man as a whole: a thickset man with folded up arms, hands on the belly and small legs. It has a big head that symbolizes the power, no neck, big eyes that symbolize the knowledge and a mouth, often expressive.

Each tiki has its own signification. You may find tikis representing SMILE, TENDERNESS, STRENGTH and WISDOM, and many others. Themes which represent the Polynesians.

There are tikis of all dimensions, in wood, stone, coral, or precious metal. Apart from the small statues, the tiki can also be worn as a jewel, to be carried at all times.